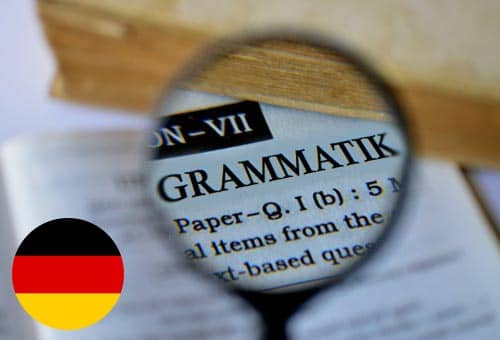 German grammar. Why learn it?

Learning the German grammar can seem like the hardest and most boring task when you start learning the language. Most German teachers would start by teaching you the grammar rules. That’s probably why you hated doing German grammar exercises in school. We don’t blame you. We feel the same way.

Though it’s not the first thing you have to learn, knowing the German grammar has its importance and sooner or later you will have to deal with it. The secret is taking courses designed to teach you grammar without the need to study endless rules. How? By absorbing the basic German grammar rules while listening to natives having real conversations. That’s how kids learn. At the age of 5, kids are already fluent in their native language. How can this be? They don’t even know what a verb is at that age. It’s because they hear their parents speaking. That’s the best approach for you as well. That’s exactly how we, at Mondly, approach learning the German grammar and millions of people worldwide appreciate our innovative app. By listening to natives, you will know advanced German grammar rules to use in real life conversations even if you never studied the rules themselves. 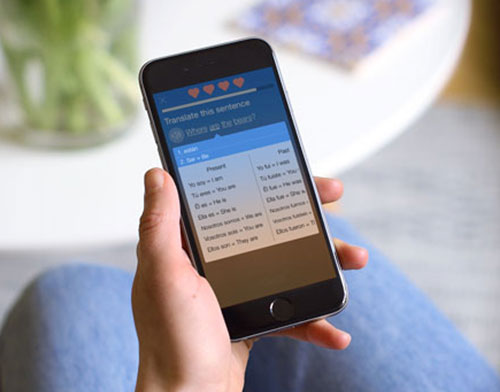 German grammar exercises can be fun

Have you ever thought you can love learning grammar? Learning the German grammar doesn’t have to be neither boring nor hard. That’s exactly why our world class linguists have created fun and friendly German grammar exercises so you can enjoy learning German.

Inside the app, you will find 3 different sections dedicated to learning the German grammar online. Each section consists of 7 or 8 grammar lessons that take around 5 minutes each to complete. Every lesson introduces German grammar exercises where you read, listen to natives, write and speak. Rooted in science, our exercises are specifically created to keep you engaged and make learning German as easy and fun as possible. 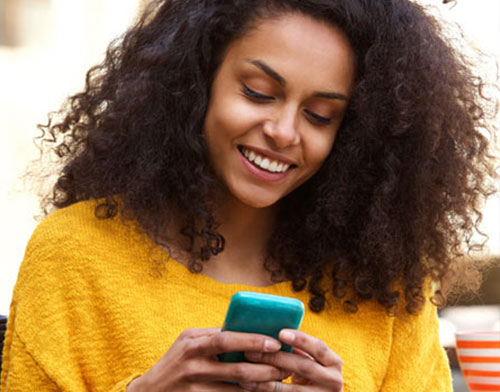 We believe German grammar exercises should get you ready for real life conversations. In school, you were typically forced to memorize conjugations, pronouns and verbs. This makes learning hard and, even after a few years, you might not be able to have a real conversation. Millions of people around the world are in this exact situation.

That’s why our language experts created a language learning experience where you can practice German grammar naturally, by building real sentences anchored in real life situations. Order food in a restaurant. Have a casual chat with a native speaker about your day. Explore ways of talking about the books you read. These are all grammar exercises created around certain themes in order to boost your learning.

Want to learn certain conjugations? With our on demand conjugation table you can click on verbs during any exercise and you will be able to see their conjugations. The present, past and future tense are now all at your fingertips. What’s even better, depending on your grammar level, you can choose to learn German grammar for beginners, intermediate grammar or jump to the advanced German grammar exercises. No matter your level of German, you will get the most out of your learning with Mondly. 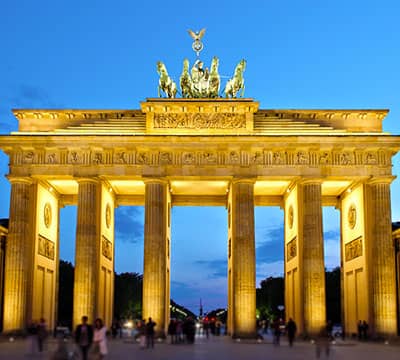 Unlike other languages, German has 3 genders. Besides masculine and feminine, Germans have also added a neutral gender. However, it works in a different way than you might expect. While the English language has a logical relation between genders, the German genders have no obvious logic. For example, in English “a boy” is masculine, “a girl” is feminine and “a spoon” is neutral. The Germans make it a bit harder by associating different genders to what you might think should be neutral objects. For example, “der Löffel”(a spoon) is masculine, “die Gabel”(the fork) is feminine while “das Messer”(the knife) is neutral. The secret here is to look at the indefinite articles (der, die, das) rather than the noun itself.

While German used to have complicated rules a few decades ago, things are easier now. In 1996, German got a standardized form that replaced the older, more difficult form. Known as Neue deutsche Rechtschreibung, these new rules represent the official standard for anyone learning German worldwide. Thanks to these changes, whether you talk to a German speaker in Austria, Switzerland or Germany, you will be able to perfectly understand each other.

Learning the German grammar with Mondly has real benefits

The German grammar will seem easy and fun

Our linguists have created German exercises that will feel like playing a game. The catch: you absorb the German grammar effortlessly. In no time, you’ll be getting compliments from natives for your German skills.

Instead of learning the hardest parts of the German grammar first, we take you through a journey of the most used German words and sentences. This means that you start by learning what really matters first.

Learning German can sometimes feel overwhelming. That’s why we created language leaderboards to keep you motivated along the way. Play your way to German by competing with friends and the entire world.

Get ready for real conversations in German

Every German exercise created by our world class linguists is meant to bring you one step closer to having real conversations. That’s why we created speaking exercises for you to practice the German grammar you learn.