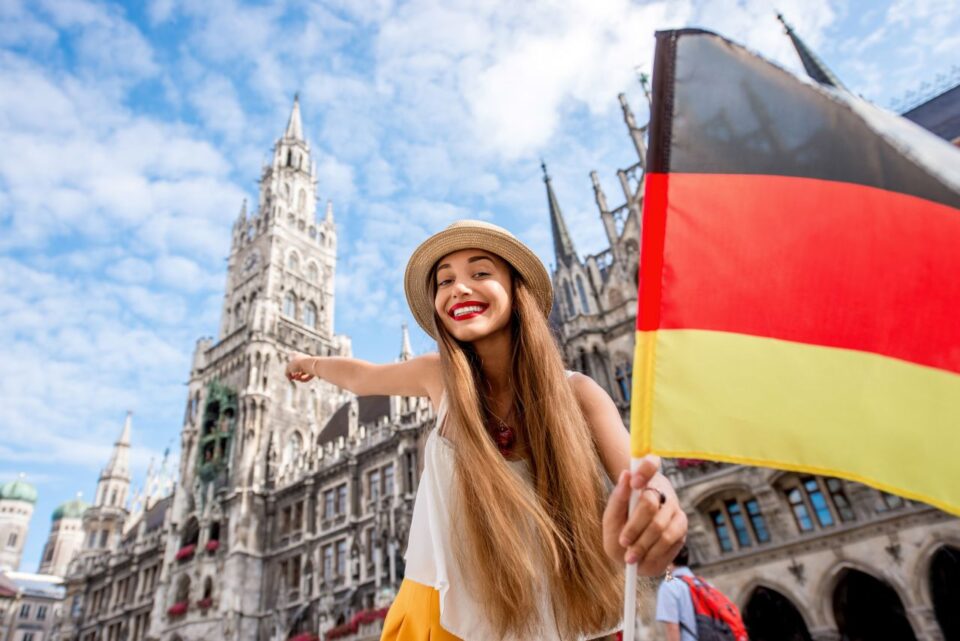 Idioms can be really tricky if you don’t know their meaning. Wishing someone to break their leg doesn’t sound especially friendly. But they are a valuable addition to your vocabulary. For instance, if you want to speak German like a native, German idioms are probably the fastest way to get to it.

Once you start learning, the most exciting thing about German idioms is that they feel like learning a super secret code only the natives understand. As they provide useful insights into German culture and history, including idioms in your day-to-day conversations will make you sound like “one of their own.” So let’s cut to the chase and present you with the essential collection of German idioms designed to up your German game fast.

Cambridge Dictionary defines ‘idiom’ as “a group of words in a fixed order that has a particular meaning that is different from the meanings of each word on its own.” For example, to be “over the moon” is an idiom that means you are extremely happy or delighted. In other words, idioms have figurative, non-literal meanings because you’re not literally “over the moon.”

That being said, let’s see what such idioms Germans use the most in their daily interactions.

Literal translation: To talk around the hot porridge.

Actual meaning: To beat around the bush.

Germans are usually pretty straightforward, but there are times when even they happen to beat around the bush. When such a situation occurs, you can use this idiom to invite them to get straight to the point.

Literal translation: To ask for an extra sausage.

Germans and sausages go together like… well, Germans and sausages! For this reason, it’s no surprise that their idioms include wursts. Even if the special treatment implies getting more dessert, Germans will still say you’re asking for an extra sausage.

Is someone lying to your face? Better remind them that Lügen haben kurze Beine or lies won’t get them too far with those tiny legs. This idiom is similar to the English expression “Liar, liar, pants on fire.”

Literal translation: I believe I spider.

As odd as this one sounds, it will come in very handy in those situations when you can’t believe what you’re hearing or seeing. The English equivalent could be “You’ve got to be kidding me!”.

Literal translation: To add your mustard to it.

Where there are sausages, there also must be mustard. If you want to ask someone for their opinion and sound like a native when doing it, you better invite them to add their mustard. 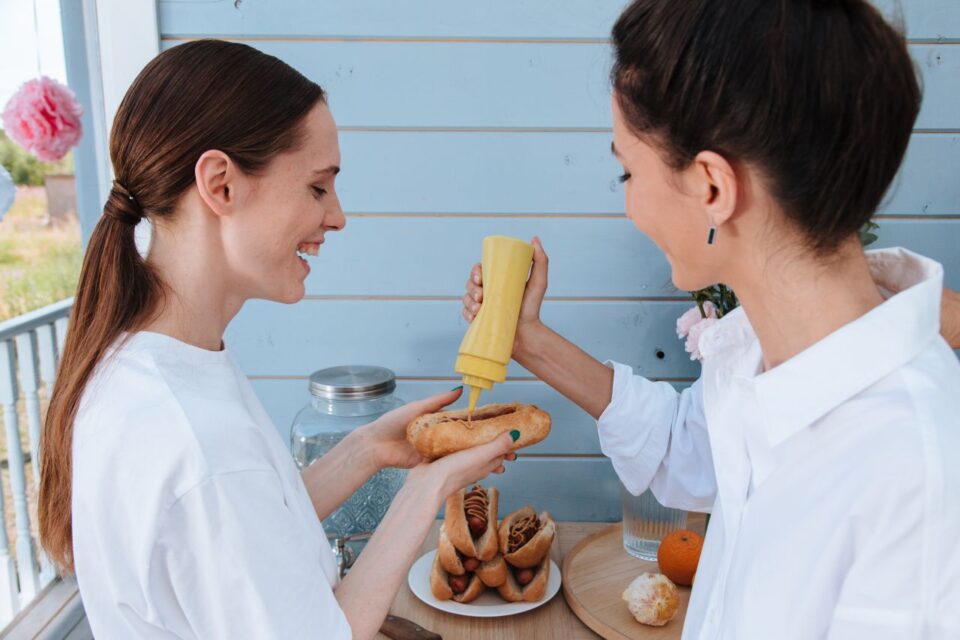 Literal translation: Leave the church in the village.

Actual meaning: Don’t get carried away.

If you ever get carried away with excitement, German speakers may advise you die Kirche im Dorf lassen, which means to “leave the church in the village.”

Literal translation: To have tomatoes on one’s eyes.

Actual meaning: To be oblivious to what’s going on around you.

In Germany, when you are blind to what’s happening around you, people could say you have tomatoes on your eyes. Maybe you’re not up to date with the latest news, or you’re not seeing the truth staring you right in the face. Either way, tomatoes seem to affect your vision.

Literal translation: I can only understand ‘train station.’

Actual meaning: I don’t understand anything./It’s all Greek to me.

The origin of this idiom goes back to World War I when deployed German soldiers would say that the only thing they understood when given orders was ‘train station’ because they hoped to go home. Nowadays, it’s used to say you didn’t comprehend something that was explained to you.

Literal translation: One shouldn’t praise the day before the evening.

Actual meaning: Don’t count your chickens before they hatch.

This idiom is perfect for those who usually celebrate their victories prematurely. Its sentiment is similar to the English equivalent “Don’t count your chickens before they hatch. “

Literal translation: You can take poison on that.

After all the funny idioms about food and animals, it’s time for a more grim one. If you’re absolutely certain of the information you are giving, you can assure the person you are talking to by saying Da kannst du Gift drauf nehmen, which essentially means “you can bet on it.”

Now that’s a fun way of saying someone is getting on your nerves! It’s so cute that we’re actually thinking of making a petition to adopt it in English as well. Are you in?

Literal translation: The bear dances there.

There are several ways to look at this one, but the main idea is that the party is so good that the bear will also join it. Or — there’s a dancing bear at the party and you should absolutely not miss it. Either way, this party is probably the best party ever.

Actual meaning: A stone’s throw away.

In Germany, if you want to say that a place is not far from here, you usually say “that’s a cat’s jump.” Way more fun than the English “a stone’s throw away.” 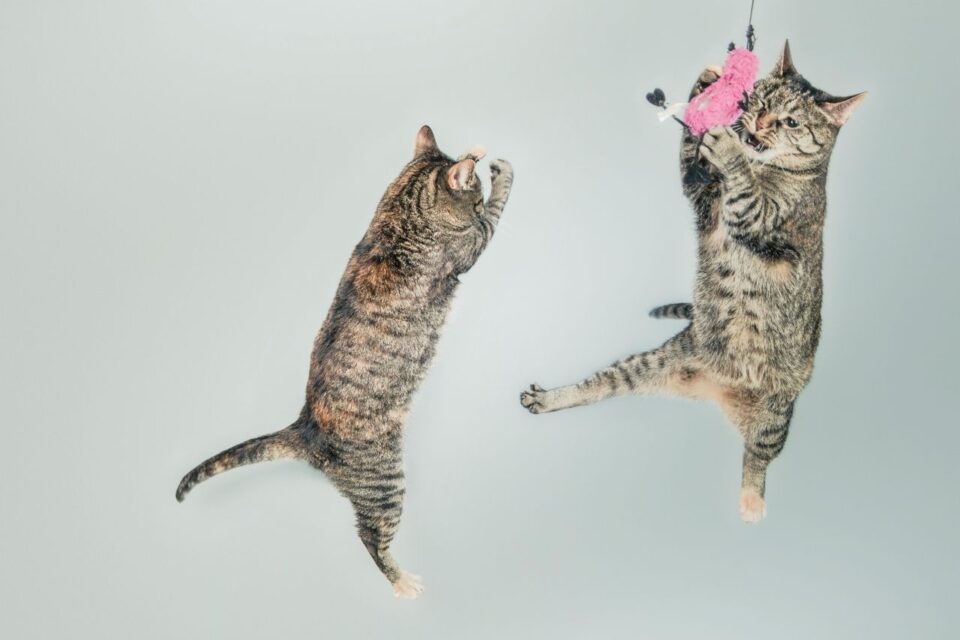 Actual meaning: To insist on something that has passed./To beat a dead horse.

Is someone you know constantly talking about an issue that is over and decided? Das ist Schnee von gestern is perfect in this context.

Literal translation: A fish on the dry.

Actual meaning: To feel like a fish out of the water.

It’s interesting how similar this idiom is to our English equivalent. It looks like feeling out of place is finally something more languages can agree on.

Same story here. You already know in which situations it’s suitable to use this one.

Literal translation: You’re taking me on your arm.

Germans have a unique take on this idiom. Instead of pulling one’s leg, they are taken on someone’s arm. Picture the scene and you can help but giggle! Obviously, both versions are used to express disbelief about someone’s actions or claims.

Actual meaning: As thick as a brick./Dumb as a post.

We don’t support insults, but this one can also be used as a joke between very – and we mean very – close friends.

Literal translation: Everything has an end. Only the sausage has two.

Actual meaning: Everything will come to an end eventually.

Sausages again! Even when they come up with witty remarks about life itself, Germans must make a reference to wursts. We do feel inspired, but we must admit we’re also drooling at this point.

Literal translation: I’ve had a pig.

Actual meaning: I was lucky. 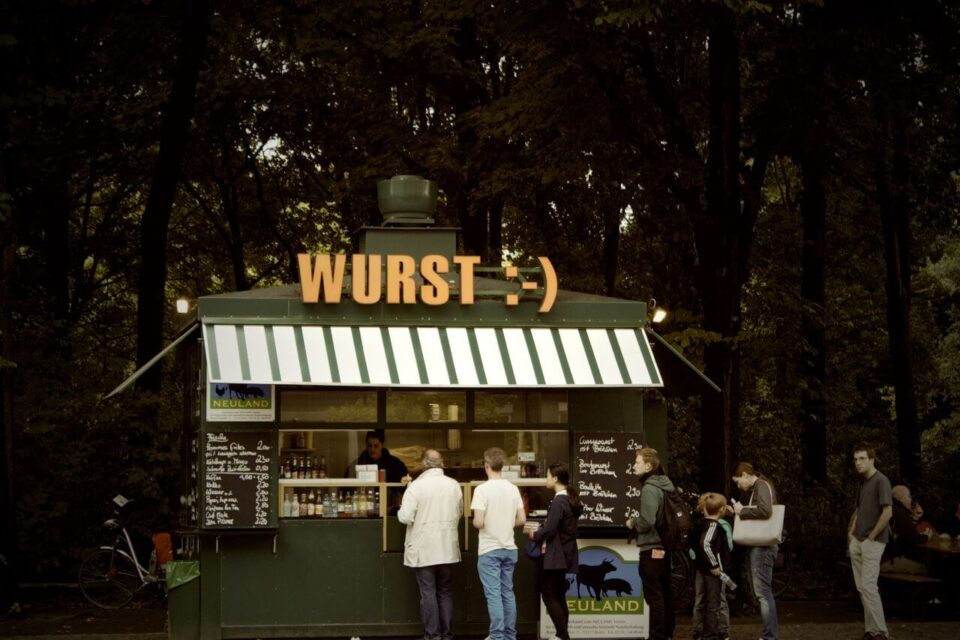 Literal translation: To have hair on one’s teeth.

Actual meaning: To be confrontational or bossy.

That’s just weird, but okay, German. If someone’s having one of those days, it may prove helpful the lighten the mood with this funny idiom.

Literal translation: To have a cat.

Actual meaning: To have a hangover.

As you can see, Germans have all kinds of animals when it comes to idioms. This time, however, having a cat is not as fun as you’d imagine because it actually refers to having a hangover.

Before you jump to conclusions, you must know that Kater (‘tomcat’) comes from the word Katarrh, a condition in which a lot of thick liquid is produced in your nose and throat. Over time, the pronunciation of the word changed into Kater.

Literal translation: There we have the salad.

Actual meaning: Now we have a problem./Now we are in a real mess.

Sometimes we see a bad situation coming and we warn the parties involved, but they choose not to listen. Well, this idiom is perfect for the aftermath when all you want to say is: I told you so!

Literal translation: To have a bird.

Actual meaning: To be crazy.

So far, we have had pigs, cats, tomatoes on our eyes and now birds. A fascinating selection of things to have, German!

On a more serious note, this is yet another fun idiom you can use to sound like a native. The idiom probably originated from the belief that crazy people must have flocks of little birds in their heads.

It’s usually used as an insult, so be careful to who you are saying this.

Do you have someone in your life who just won’t stop talking? If you feel like your ear will fall off, this is the perfect example of Jemandem ein Ohr abkauen.

Why should you learn German idioms?

No matter how funny or weird, German idioms are, first and foremost, a great way to boost your German vocabulary. However, there is more to it than that. If you want to learn German and speak it like a real native, idioms can help you take your conversations to the next level in more than one way. German idioms will:

Last but not least, German idioms will obviously help you better understand what native German speakers are saying. What do think are the origins of these idioms? Comment below.

Do you want to round up your studies and speak German fluently fast? Try Mondly, the award-winning language app that is serious about making learning German fun. 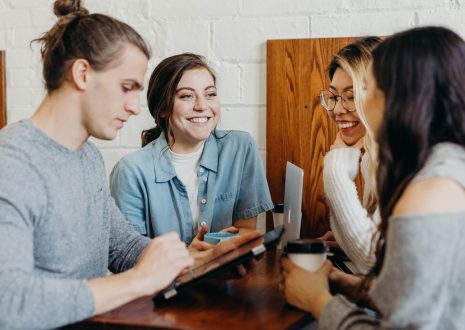 How cool is it to be able to learn a 2,000 years old language on a device that literally fits... 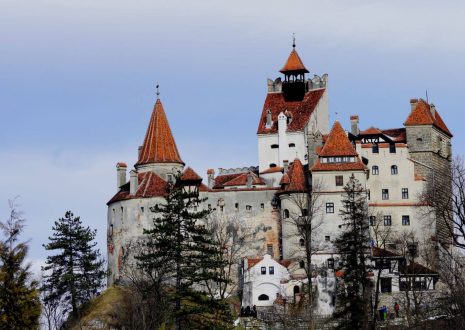 Wanna learn from the best? Learn Romanian from Romanians themselves. 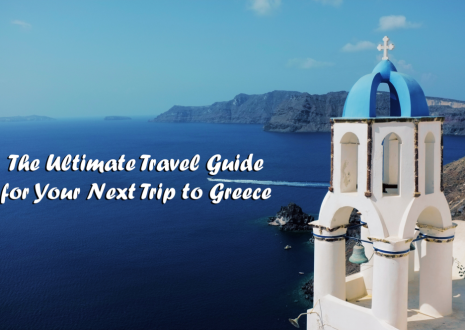 From language, typical costs to Greek words and Greek phrases every traveler needs to know, here is the ultimate travel...