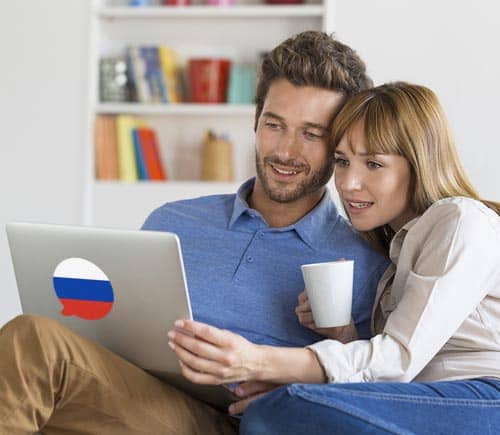 Russian is a fascinating and melodic language that is thought to be the most glamorous language in the world. So, why not learn a few basic Russian phrases and expressions to enhance your general knowledge and become happier in the process?

There’s an infinite number of sentences in the Russian language that make learning Russian feel overwhelming. Let's stay optimistic. We have some good news: you only need to know a fraction of the total number of Russian sentences to be able to speak Russian fluently. For example, by knowing as little as 100 words you will understand 50% of any text in Russian. That's right! You don't have to know the ins and outs of Russian to have a real conversation with someone from Russia.

The secret is to learn Russian the smart way. Start with the most common Russian phrases and expressions and build from there. Learning sentence after sentence, you’ll feel one step closer to fluency. Then, to lock the knowledge in, use the Russian sentences you learned in real conversations. So, why not make the first step towards learning Russian today? Let’s go over some common sentences in Russian you can learn right now. These are just a fraction of the phrases spoken by native Russian speakers you can listen to on Mondly, our high rated language learning app loved by millions of people around the world.

Top 10 Russian phrases and sentences you need to know

We have prepared a list of common Russian expressions that will help you have a basic conversation in Russian in no time. Let's dig in!

If you find yourself in Ukraine it is always polite to say “Hi” every morning because Russian speakers are really sociable. “Good morning” in Russian is "Доброе утро".

But what if it's later in the day and you want to greet someone from Saint Petersburg? Well, “Good afternoon” in Russian is "Добрый день".

Now listen to how a Russian speaker would pronounce it:

Let's say your name is Mondly, you are traveling to Russia and meet someone on the street. To introduce yourself you can say "Меня зовут Мандли" which means "My name is Mondly" in Russian.

Listen to how a person from Moscow would pronounce this phrase:

Now that you have introduced yourself, a Russian speaker would respond "Рада познакомиться" which means "I'm pleased to meet you" in Russian.

Listen to a native Russian speaker saying that exact sentence to you right now:

At this point, it might be polite to ask the person you are having a conversation with "Как дела?" in Russian.

It’s really easy to pronounce. Here's how to say it:

Russian speakers are known to be really friendly, so it wouldn't be unusual to make a Russian friend during your travels. But friends are sometimes late to meetings in which case you might have to call them and ask "Where are you?" in Russian.

Here's a native speaker showing you how to say it:

And because you might find yourself in a bar when visiting Russia you might have to learn how to order a beer in Russian.

Let a native Russian speaker show you how it's done:

There are times when what you ordered is out of stock, so a bartender might say "Прошу прощения" which means "I'm sorry" in Russian.

This is a good way of saying "See you soon" in Russian to a co-worker from Kiev that you are probably going to see the next day.

Delight your senses with a Russian speaker saying the phrase:

Let's end with the best way to end a pleasant conversation politely. This is another way of saying "Goodbye" in Russian.

Here's how a person from Russia would pronounce it: 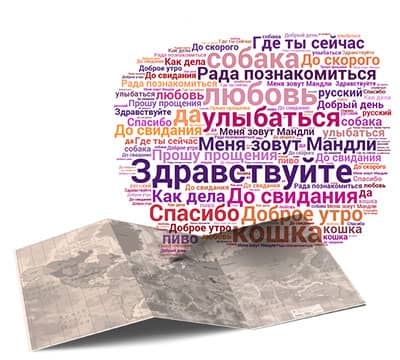 Ever wondered how to anger a Russian? One way to do it is to address him or her in an informal way. Like German, the Russian language places an importance on the formal or informal way you address someone. If you’ve never met a certain Russian before, please be polite by using “Вы” which is the formal way to say “you” in Russian and the equivalent of the German “Sie”, French “vous” and Spanish “usted”. Once you get to know a Russian better, you can use the informal “ты” which is the equivalent of the German “du”, French “tu” and Spanish “tú”.

Now that you know how to be polite, it’s time to impress. One way to do it is to address a Russian by his or her formal name. Yes, Russians have formal names consisting of someone’s first name and his or her patronymic. A patronymic is a name derived from the name of the father or an ancestor. This is popular among East Slavic languages. For example, a Russian named Alexei which has a father named Nikolay would be called Alexei Nikolayevich or Alexei, son of Nikolay. In this case, Nikolayevich is the patronymic. Depending on the father’s name, the endings for the patronymic can be “-ovich”, “-evich” or “-ich”.

On the other hand, a Russian woman named Anna having a father named Nikolay is called Anna Nikolayevna or Anna, daughter of Nikolay. Here, Nikolayevna is the patronymic, but depending of the father’s name it can have 3 different endings: “-yevna”, “-ovna” or “ichna”.

The benefits of learning the most common Russian phrases first

Learning a new language is a perfect way to boost your IQ. In no time, your brain will make new connections and associations and you’ll feel that learning Russian was one of the best choices you ever made.

Have real conversations in Russian today

Once you start learning a few basic sentences in Russian you will have the knowledge to start your first Russian conversation. That’s why, at Mondly, we’ve created experiences that simulate real life conversations to get you speaking Russian in no time.

Starting with the basics, we quickly lay a foundation for you to learn more complex Russian phrases and sentences. We gradually build your Russian knowledge so you get fluent faster than you could imagine.

Feel how easy to learn the Russian language can be

Every language experience should start gradually, from the easiest to the more complex concepts. Starting with the easiest and most common Russian phrases, you will feel confident in your ability to learn a new language. That’s one of the core principles Mondly is built on.