Ukrainian is a fascinating language with a long history of foreign influences. Due to it being profoundly different from English, many people consider learning Ukrainian a personal triumph. And so should you. Here’s everything you need to know if you want to learn Ukrainian fast.

The Ukrainian language in a nutshell

Ukrainian, known as украї́нська мо́ва (romanized: Ukraïns’ka mova) to Ukrainians, is the official language of Ukraine and the descendant of the colloquial language used in Kievan Rus between the 10th and the 13th century. From there on, the language developed into what was called ‘the Ruthenian language’. As a result of Ukraine’s long political subordination, Ukrainian had almost no literary expression until de 18th century when the modern literary Ukrainian language was born.

The Ukrainian language is closely related to Russian and Belarusian. What many people don’t know is that Ukrainian resembles Belarusian more than it does Russian. However, all three languages are in part mutually intelligible, and already knowing one can help a lot if you want to learn one of the others.

Additionally, Ukrainian’s vocabulary also includes a large number of words borrowed from Polish during the Polish rule from the 13th to the 17th centuries.

Is Ukrainian hard to learn?

Due to being a Slavic language, Ukrainian is one of the hardest languages to learn by native English speakers. In fact, according to the FSI (Foreign Service Institute) of the US government, an English speaker would need about 1100 class hours or 44 weeks of practice to become fluent in Ukrainian. This makes Ukrainian as hard to learn as Polish, Icelandic or Finnish. However, you don’t have to get discouraged. Japanese, Chinese and Korean are still much harder to learn than Ukrainian.

Besides, choosing the right Ukrainian course can work wonders. Read on to discover what is the best way to learn Ukrainian fast.

Start with the Ukrainian alphabet

One of the reasons why Ukrainian is a little bit harder to learn is its alphabet. As you probably already know, the Ukrainian language uses the same alphabet as Russian – the Cyrillic alphabet.

The truth is that there’s no way around it. If you want to learn Ukrainian, you should master the Ukrainian alphabet first. But don’t worry. Many letters look similar to the Latin letters you already know, so you should be able to master it in a couple of days.

And you know what’s the best thing about it? Almost all the words in Ukrainian can be pronounced the same way they are written. As soon as you will know how to pronounce each individual Ukrainian letter, you will also be able to read out loud in Ukrainian.

10 basic Ukrainian words and phrases you can learn right now

Are you excited to learn Ukrainian? Let’s start small. Here are the top 10 basic Ukrainian words and phrases that everyone should know:

Here’s a glimpse of how some of these Ukrainian words sound when spoken by a native:

How to learn Ukrainian fast with Mondly

As complex as the Ukrainian language may be, Mondly can make it fun and quite easy to learn. Say goodbye to dry memorization techniques and notebook pages full of verb conjugations that lack context. Mondly replaces tutors, dictionaries and textbooks. The award-winning app uses a fast and highly efficient learning method that will almost literally glue the Ukrainian language into your brain.

Give Mondly a try and see how you can learn Ukrainian fast with:

Start using Mondly for free on your computer or download the app and learn Ukrainian anytime, anywhere. 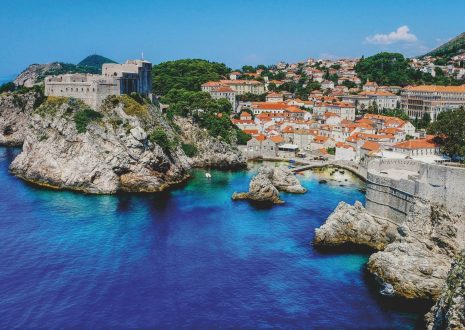 By Game of Thrones rules, it should be English, right? Well, think again. 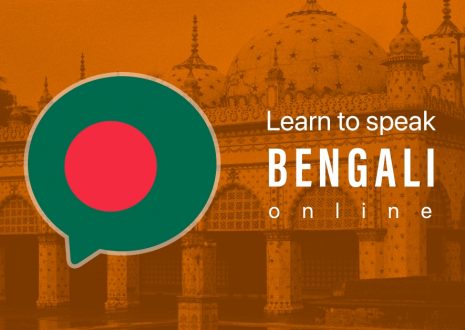