Regardless of the industry you work in, learning a second or third language can be extremely beneficial not only for career development, but also your overall well being. Acquiring another language enables us to develop a variety of mental abilities at all ages.

According to a study out of Spain’s University of Pompeu Fabra, multilingual people are better at observing their surroundings. They can easily detect anything that is irrelevant or deceptive. They’re also better than their monolingual peers at identifying misleading information.

While learning a new language sharpens the mind, it’s also causing it to literally grow. A 2014 study titled “Age of language learning shapes brain structure” found that cortical thickness, which is generally associated with higher intelligence, of the bilingual brain is only altered when language learning occurs later in life, after developing proficiency in the first language.

The study found that the later in life a second language is acquired, the greater the effect on brain structure growth. Also, bilingual speakers who use both languages frequently may have more grey matter in the brain regions responsible for attention, inhibition, and short-term memory, according to research from the Georgetown University Medical Center.

A University of Chicago study found that the decision-making process is easier for multilingual people. While a language learner has to learn a new language’s rules and vocabulary, they also have to learn its nuances and regional expressions. The language learner must constantly be judging for appropriateness and hidden meanings. As a result of this practice, multilinguals are more confident in their decision-making choices in not only their language use, but throughout all areas of their lives.

Because multilingual people are better able to pick up nuances and subtleties in any given situation, they generally have a heightened appreciation for the complexities of the situation. Because of this, multilinguals might engage in more rational decision-making. On the other hand, monolingual people tend to base their decisions more in emotions.

With better appreciation and knowledge of your first language, you can become a better writer, speaker, and communicator. Language speakers also develop a better ear for listening, since they’re skilled at distinguishing meaning from discrete sounds.

The journey of learning a new language isn’t just about learning the language — it’s very much about learning the culture associated with that language. As we open up to a new culture, we begin to appreciate others’ opinions and actions. As a result, multilingual people are better equipped to see the world from different perspectives, therefore enhancing their ability to communicate in today’s global economy.

Communicating directly with new clients and companies in their native language is one of the first steps to founding a lasting, stable international business relationship. Speaking to anyone in their own language breaks down barriers and allows them to feel more comfortable and confident. Facilitating these kinds of relationships is imperative in a business setting. Knowing your client’s native language will elevate your relationship, leading to better results in business.

5. Enhances the ability to multitask

Multitasking is an extremely stressful task for those who don’t have practice doing it or have never learned how to do it well. It requires disengaging from one activity, switching to a new mindset, and then fully engaging in a different activity. A study performed by Pennsylvania State University found that multilingual people who are proficient at slipping from one language to another are practised at multitasking. Those who have developed the ability to think in different languages and can move from one to the other become much better multitaskers compared to monolingual people, thereby reducing stress levels.

It’s undeniable: the more you use your brain, the better it performs. Learning a new language not only requires familiarity with an unfamiliar set of vocabulary and rules, but also the ability to recall this information. Absorbing and retaining more information can significantly shorten your learning curve because you can spend more time learning new information instead of re-teaching yourself.

But it doesn’t stop here. Once you learn a new language, you’re able to learn other languages faster. This is because your brain has stored key skills for learning language. For example, if you’ve recently learned how to speak Spanish, you’ve automatically entered the world of languages from the Latin root, such as Portuguese, Italian, French, and Romanian.

We’re not just talking about short-term memory benefits here. A study conducted in Luxembourg found those who speak more than one language may be at lower risk of onset memory problems like Alzheimer’s and dementia. The study stated that multilingualism has “a protective effect on memory in seniors who practice foreign languages over their lifetime or at the time of the study.” The benefit appears to be a compounding one, as the risk proved lowest in those fluent in four or more languages.

Email us today at business@mondly.com to get started on your track to multilingualism with MondlyWORKS. 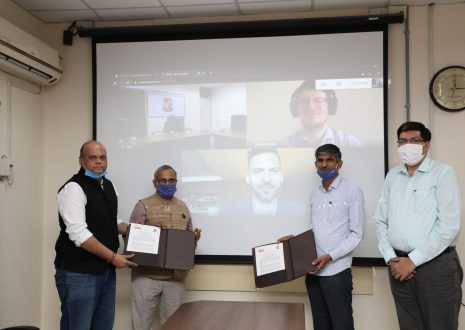 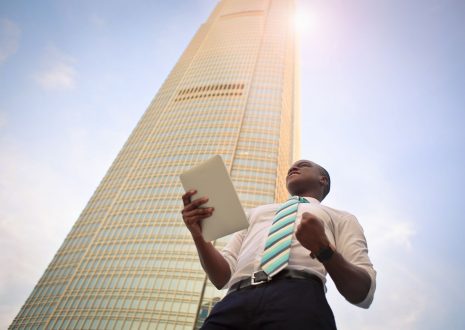 In order to reap the full rewards of language learning programs, corporations should follow these tips. 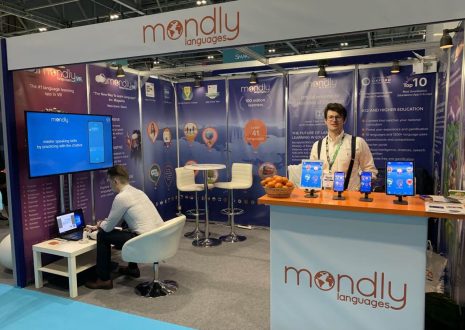 Mondly brings the future of language learning at BETT 2022.